Retired agent Mike Leyden served 26 years with the FBI. Leyden, who has a law degree from Villanova University, was assigned to the Jacksonville Division, Pensacola Residency Agency and the Detroit Division, where he worked bank robberies, kidnappings, and fugitive matters. When transferred to the Philadelphia Division, Leyden helped set up and was the supervisor of the Special Operations Group based on a concept initially established in the Detroit Division. He was later appointed as the supervisor of the Newtown Square Resident Agency. To avoid an unwanted transfer to FBIHQ, Leyden stepped down and was placed on the Organized Crime Squad to work cases targeting the Philly mob. In this episode of FBI Retired Case File Review, Leyden is interviewed about an extortion case that resulted in the conviction of Philly mob boss Nicodemo Scarfo Sr., Philadelphia City Councilman Leland Beloff, and Beloff’s administrative assistant, Robert Rego for attempting to extort $1 million from Willard Rouse, a Philadelphia developer. During the investigation, two “made men,” Nicholas Caramandi and Thomas DelGiorno, became government witnesses and their testimony eventually led to indictment and conviction of entire hierarchy of the Scarfo Family. After retirement, Mike Leyden became the Vice President of Corporate Security and Surveillance for Caesars Hotel and Casino in Atlantic City. Currently, he still occasionally accepts private investigation assignments. 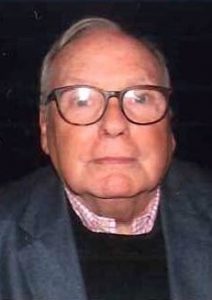 The following are links to newspaper articles about the real estate development extortion case that resulted in the conviction of Councilman Leland Beloff, Philly mob boss Nicky Scarfo and others of trying to extort $1 million from a Philadelphia developer:

LA Times – Councilman Is Given 10 Years for Mob Scheme