Retired agent Greg Stejskal served with the FBI for 31 years. He was assigned to the Detroit Division, where, for the most part, he worked out of the Ann Arbor Resident Agency. He was the Senior Resident Agent in the RA for the last ten years of his career prior to retirement. In this episode of FBI Retired Case File Review, Stejskal reviews the investigation of a massive marijuana criminal enterprise. Initially a lead from the Indianapolis Division seeking assistance with a case involving a mother, Linda Leary, and her two sons, Paul and Richard Heilbrunn, who were charged with operating a marijuana smuggling and distribution enterprise, Greg Stejskal was assigned to identified and locate a co-conspirator thought to be living in the Ann Arbor, Michigan area. Only identified as “The Joker” in the 136-page federal indictment, the unknown subject had been charged with being a distributor for the Heilbrunn family marijuana operation. According to the indictment, the drug ring operated from 1975 to 1985 and it would prove to be the biggest marijuana ring ever prosecuted in the United States. After a patient but persistent investigation, Stejskal determined that James Hill was the man he was looking for, the Joker. Hill was sentenced to twenty years in jail for his role in the Ann Arbor operation of the marijuana criminal enterprise. Post retirement, Greg Stejskal is active in community service. He is also a regular contributor to TickleTheWire.Com, a website featuring federal law enforcement news from around the country. Stejskal’s article about his search for the Joker, Hunting For The Joker, is posted on the site. 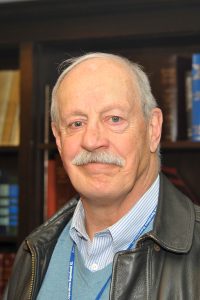 The following are links to newspaper articles about the massive marijuana criminal enterprise operated by the Heilbrunn brothers and their mother Linda Leary: