Retired agent Garland Schweickhardt served in the FBI for 33 years. In this episode of FBI Retired Case File Review, Garland Schweickhardt reviews a case where he went undercover during a five-year sting targeting organized crime’s influence over labor unions in the film industry. During the investigation code-named Dramex for “Drama Expose,” Garland Schweickhardt posed as Garland Hoffner, an investment consultant for wealthy individuals who wanted to produce a non-union film. The case was later fictionalized as, The Last Shot, an actual Hollywood feature film. In the star-studded comedy, actor Alec Baldwin played the role of Garland Schweickhardt. Matthew Broderick starred as the screenwriter/director unaware that the producer was really an FBI undercover agent.

During the early days of Garland Schweickhardt’s FBI career, he worked fugitives, bank robberies and gambling case in Detroit, Louisville, Houston and Cincinnati, and supervised the Copyright Squad in Los Angeles. He was also promoted to FBI Headquarter as a supervisor and later the Chief of the Freedom of Information and Privacy Act (FOIPA) Unit. He requested a transfer back to the LA Division, were he worked on the Labor Racketeering and Organized Crime Squad until he retired. 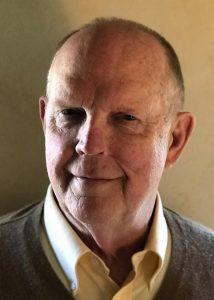 “I was never worried even though my name became known during the trial, but Frankie and Hilary, they would have killed them.”  — Retired FBI Agent Garland Schweickhardt

The following links are to newspaper articles about the Dramex undercover case:

FBI’s Venture Into Film Business Less Than Boffo : Crime: Undercover company set up to snare mobsters in the industry didn’t get many–but it almost made a movie.