Later in his Bureau career, Tamm served for a short period in the Atlantic City Resident Agency out of the Newark Division, and spent several years as a Supervisory Special Agent on the Justice Task Force conducting informant management evaluations and criminal employee misconduct investigations relating to the John Connolly and Whitey Bulger case in the Boston Division.

John Tamm’s last assignment before retiring was serving as an FBI liaison to the National Commission on Terrorist Attacks (9-11 Commission) and as a member of the professional staff of the Commission. After retirement, he worked for government contractor Booz Allen Hamilton as a military, law Enforcement and Intelligence consultant. Currently, he is employed as a principal administrative officer of the Presbytery of Eastern Virginia. 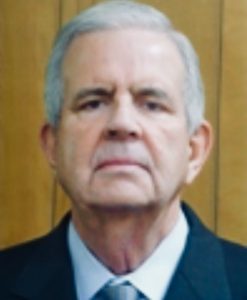 “Frank Sheeran struck me as someone who always used somebody else to do the violent deeds he wanted done. Did Sheeran lull Hoffa? It’s possible, but he didn’t shoot him.”  Retired Agent John Tamm

Labor racketeering is the domination, manipulation, and control of a labor movement in order to affect related businesses and industries. Labor unions provide a rich source for organized criminal groups to exploit: their pension, welfare, and health funds. (FBI Website: Organized Crime)

The following are news articles about John Tamm’s investigation and the various prosecutions of teamster union official Frank Sheeran, in addition to articles and video regarding the movie The Irishman about Sheeran’s life and the disappearance of teamster leader Jimmy Hoffa: