Retired agent Michael E. Anderson served with the FBI for 28 years. He was assigned to the San Antonio Division, Austin Resident Agency and as a supervisor at FBI Headquarters, prior to reporting to Houston as a White Collar Crime supervisor managing highly complex Financial Crimes and Intellectual Property Rights investigations. In this episode of FBI Retired Case File Review, Michael E. Anderson reviews the Enron Investigation, the largest and most complex White Collar Crime case in FBI history, for which he received the Attorney General’s Award for Exceptional Service. Subsequently, he was promoted to Assistant Special Agent in Charge (ASAC) and initially oversaw the entire Criminal Program. He also served as the FBI Houston Chief Policy and Compliance Officer for over six years. Michael E. Anderson is a Certified Fraud Examiner who has spoken extensively about Enron and ethics to universities, private groups and companies around the country. He can be contacted via his LinkedIn profile. 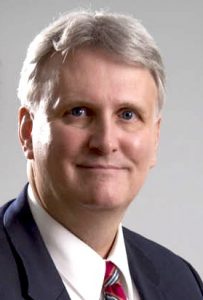 The following are links to articles and videos regarding the Enron investigation:

The New Yorker – 1/8/2007: Open Secrets – Enron, intelligence, and the perils of too much information by Malcon Gladwell