Retired agent John Iannarelli served in the FBI for more than 20 years. During his Bureau career, he was the FBI’s National Spokesperson, on the FBI Cyber Division executive staff, an FBI SWAT team member, and the Assistant Special Agent in Charge of the FBI’s Phoenix Division, where he oversaw all Criminal, Cyber, and Counter Intelligence Investigations throughout Arizona. In this episode of FBI Retired Case File Review, John reviews safety tips on how parents can keep teens safe online and on social media. He talks about predators, scams, identity theft, cyber bullying, and sextortion.

During his FBI tenure, John was the recipient of the FBI Director’s Distinguished Service Award. John is also the recipient of an Honorary Doctorate of Computer Science in recognition of his contributions to the field of cyber investigations. He has participated in many extensive investigations, including the Oklahoma City Bombing, the 9/11 attack, the shooting of Congresswoman Gabrielle Giffords, and the Sony hack.

A frequent on-air law enforcement contributor for national television news programs, John Iannarelli is a highly sought-after speaker and the coauthor of WTF: Why Teens Fail and What to Fix,  a parents’ guide to protecting their children from Internet predators and other dangers. Learn more about John on his website, FBIJohn.com. 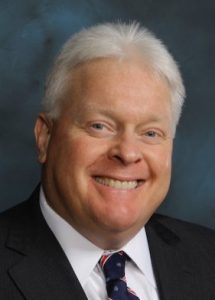 “Inevitably, a parent will ask. ‘What about privacy issues? Don’t you trust your children?’ And the answer is, ‘Of course I don’t.’ I know what it’s like to be a kid. They’re going to stretch the boundaries every chance they get.”—John Ianarelli

The following links are for a news article and teaching guides from the FBI website regarding teen online safety methods:

FBI encourages safety precautions as use of mobile apps by kids, teens grows

Cyber Safety for Young Americans – Step-by-step guide for teachers and student in 3rd to 8th grade.