Retired agent Chris Graham served in the FBI for 26 years. He began his career in the San Antonio office where he worked complex white collar crime cases including public corruption, health care fraud, telemarketing, and housing fraud. He later managed the national program for the FBI’s Intellectual Property Rights (IPR) program. In this episode of FBI Retired Case File Review, Chris reviews the investigation of the long-term compromise of McDonald’s Corporation’s promotional games, which utilized wiretaps, undercover operations, and detailed financial analysis. At the time, he was the White Collar Crime and Healthcare Fraud squad supervisor in Jacksonville Field Office.  The case, officially known as Operation Final Answer, is the subject of the HBO documentary series McMillion$. Chris Graham is prominently featured in the TV series.

During his career, Chris Graham was a member of SWAT and deployed to the 1993 Branch Davidian siege in Waco, Texas. In the months following the tragic events of 9/11, Chris Graham deployed to Egypt and later was chosen to open and run the first FBI office in Milan, Italy, handling FBI operations in Northern Italy for three years. Upon returning to the U.S., he specialized in terrorism cases, where he led several operational missions overseas and served on the GTMO Detainee Prosecution Task Force and conducted dozens of interviews of detained al-Qaeda and Taliban leaders and operatives.

In 2011 and 2012, SSA Graham served as the Unit Chief and Deputy Director of the FBI’s IPR Unit at the National IPR Center in Arlington, Virginia and supervised the international takedown of the Megaupload.com online piracy criminal enterprise.

His final FBI assignment was as the supervisor of the Joint Terrorism Task Force (JTTF) in Jacksonville, Florida, where he returned to managed an active task force of FBI agents, investigators, police officers, analysts, and task force officers from federal, state and local agencies. Under his leadership, the JTTF accomplished national successes, including the investigation and subsequent prosecution of two extremists for material support to a terrorist organization.

Currently, Chris Graham is the Vice President for Security at the Macerich Company, an owner-operator of 50 premier shopping destinations around the country. Chris has asked that this episode be dedicated to Special Agent Melissa Morrow. 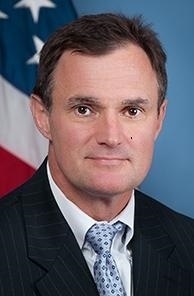 “The list of winners from McDonald’s confirmed that names provided by the informant were in fact winners. Now the case was really starting to firm up.”—Retired Agent Chris Graham

The following are links to articles and information about the Jacksonville Division’s Operation Final Answer, aka the McDonald’s Monopoly Scam and the McMillion$ HBO docu-series about the investigation:

McMillion$ – HBO:  A six-part documentary series, chronicles the stranger-than-fiction true story of how $24 million-dollars was stolen from the McDonald’s Monopoly game of the 1990s, the mystery mastermind behind the scam and the intrepid FBI agents on his trail.