Retired agent James “Jimmy” Gagliano served in the FBI for nearly 25 years. During his FBI career, Gagliano worked organized crime, was a member of the Hostage Rescue Team (HRT – the FBI’s elite counter-terror unit), participated in numerous overseas deployments, and lead the FBI New York Office SWAT Team. In this episode of FBI Retired Case File Review, James Gagliano reviews his early days in the FBI and his training and assignments as an undercover agent (UCA). He shares stories about those who inspired him, including FBI TV characters, mafia underboss, Sammy “The Bull” Gravano, who he “babysat” during a protection detail, and FBI UCA legends Joe Pistone and Joaquin “Big Jack” Garcia, and explains why he left the undercover program.

Later, Gagliano headed up a Safe Streets Task Force. His last two Bureau assignments were as the acting Legal Attaché in Mexico City and as the Chief of Staff/Special Assistant to the Assistant-Director-in-Charge of the FBI’s New York Division. Since retiring, he has become a sought-after speaker on the topics of “Leadership” and “Combating the Gang Culture” and is a law enforcement analyst on CNN. We discuss the responsibility of being an FBI “influencer.” 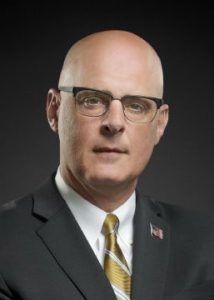 “The most important thing about undercover work is not getting out of your comfort zone, what you have subject matter expertise in, so you don’t come across as someone who just learned what you’re pretending to be.”—James Gagliano

The following is an article written by James Gagliano about his time working undercover: