Retired agent Nancy Savage served in the FBI for 34 years, 28 as a special agent. Prior to graduating from the FBI Academy, she was employed in the Personnel Division at FBI Headquarters. During her agent career, Nancy worked as a street agent in the Louisville, Miami, and Portland Divisions and as a supervisor in the Miami and Portland Divisions, as well as a Unit Chief in the Criminal Investigative Division. In this episode of FBI Retired Case File Review, Nancy reviews the life and career of retired FBI agent Robert Levinson and the 13-year fight to bring “Bob”  home. He had not been publicly seen or heard from since March 9, 2007, when he was kidnapped while visiting Kish Island in Iran.

Nancy was involved with the FBI Employee Assistance Program throughout most of her career. She retired from the FBI as the Supervisory Senior Resident Agent in Eugene, Oregon in August 2011,

During her assignment in Oregon, she served from 1999 to 2001 as the Western Regional Representative of the FBI Agents Association and as the National President from 2001 to 2003. Currently, she is the executive director of the Society of Former Special Agents of the FBI, a fraternal educational and community-minded organization with the mission to preserve our shared FBI values; to support the welfare of members through services, benefits, and career networking; to offer programs of fellowship, education, service, and history; and to promote the FBI and law enforcement/national security communities. The campaign to “Bring Bob Home” and find out the truth about the disappearance of Robert Levinson has been a major focus of the Society for the past 13 years. #WhatAboutBob

Recently, the Levinson family announced that they had received information from U.S. officials that has led both them to conclude that their wonderful husband and father died while in Iranian custody. Nancy and I recorded this episode with the approval of the family and the Society of Former Special Agents of the FBI.

For more information about Bob Levinson, please refer to the family’s Facebook page Help Bob Levinson or the website helpboblevinson.com. 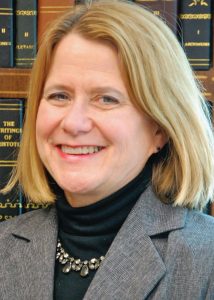 “The fact that he was taken and they never would admit it was the cruelest situation for this family to know that Bob was over there but not have any way to communicate with him or even effectively communicate about him (with the Iranian government).”—Nancy Savage

The followings are links to news articles and video regarding the disappearance of Robert Levinson, the longest-held American hostage:

HelpBobLevinson.com – 3/26/2020:  Statement from the Levinson Family

Today, with aching hearts, we are sharing devastating news about Robert Levinson, the head of our family.

We recently received information from U.S. officials that has led both them and us to conclude that our wonderful husband and father died
while in Iranian custody.

We don’t know when or how he died, only that it was prior to the COVID-19 pandemic.

It is impossible to describe our pain. Our family will spend the rest of our lives without the most amazing man we have ever known, a new reality
that is inconceivable to us.

His grandchildren will never meet him. They will only know him through the stories we tell them.

If not for the cruel, heartless actions of the Iranian regime, Robert Levinson would be alive and home with us today. It has been 13 years waiting for answers.

Thirteen years since we last saw him or had any contact with him. How those responsible in Iran could do this to a human being, while repeatedly lying to the world all this time, is incomprehensible to us.

They kidnapped a foreign citizen and denied him any basic human rights, and his blood is on their hands.

Bob Levinson should have spent his last moments surrounded by his family and all the love we feel for him. Instead, he died alone, in captivity thousands of miles away, in unbelievable suffering. His body has not yet been returned to us for a proper burial.

We don’t even know when, or even if, his body would be returned to us. This is the very definition of cruelty.

Those who are responsible for what happened to Bob Levinson, including those in the U.S. government who for many years repeatedly left him behind, will ultimately receive justice for what they have done. We will spend the rest of our lives making sure of this, and the Iranian regime must know we will not be going away.

We expect American officials, as well as officials around the world, to continue to press Iran to seek Bob’s return, and to ensure those Iranian officials involved are held accountable.

To you – the thousands of people who knew and loved Bob Levinson or who have supported our family during this terrible ordeal – we know you mourn with us.

We can never thank you enough for your love, and for always being there in ways big and small.

Because of COVID-19, we will be holding a memorial service in the future when it is safe to do so. We will let you know when and where.

We extend our deep appreciation to President Trump and the members of his Administration – National Security Advisor Robert C. O’Brien, Secretary of State Michael Pompeo, Acting Director of National Intelligence Richard Grenell, C.I.A. Director Gina Haspel, and FBI Director Christopher Wray – and their staff, who have done all they could to make our family whole again. We are so grateful for their efforts.

To the men and women of the FBI, active and retired, who did their best to bring our husband and father home – we know you, also, are mourning with us.

Finding Bob Levinson was a personal mission for hundreds of agents and others who worked on this case over the years. We cannot even begin to describe our gratitude. He will always be one of the FBI’s own.

Bob Levinson was a truly remarkable individual – the best husband, father, brother, grandfather and friend anyone could ever ask for.

He was an American hero – a true patriot, and his compassion and kindness knew no bounds. We will miss his warmth, humor, and wisdom, but most of all, we will miss the deep and unconditional love he had for each one of us. He will never be forgotten – we will make sure of it.