Retired agent Kenneth Williams served in the FBI for nearly 30 years. He spent most of his career investigating foreign and domestic terrorism matters and took part in many high-profile terrorism investigations, including the bombing investigation of the A.P. Murrah federal building in Oklahoma City, Oklahoma.

In this episode of FBI Retired Case File Review, Ken Williams reviews the events that led him to write what is now known as the “Phoenix Memo,” his untimely reassignment to work on the Phoenix Mountain Arsonist case, and the aftermath of 9/11.

Ken has extensive experience investigating sensitive international terrorism matters and has traveled for the Bureau to the Middle East, Europe, and Africa. Ken served on the FBI Special Weapons and Tactics (SWAT) team as an Assistant Team Leader, sniper and assaulter. During his FBI career, Ken has received prestigious commendations such as the Central Intelligence Agency’s Exceptional Human Intelligence Collector award. Ken and has appeared on local television news and has made many public appearances regarding terrorism matters. Currently, Ken works for Tolhurst International, LLC, a licensed Private Investigations firm that also provides security consultants, customizable training courses, and guest speaker services. 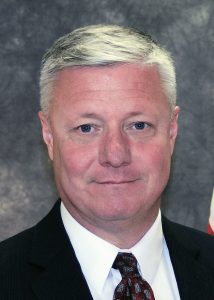 “They knew people in common with the two hijackers. Had we been surveilling them, it would have been very likely, probable that we would have been able to identify those guys.” — Retired Agent Ken Williams

The following are news articles and clips regarding Ken Williams’s investigation of the Phoenix Mountain arson case and the aftermath of him being publically identified as the author of the Phoenix Memo:

Office of the Inspector General – Special Report – November 2004 (Released Publicly June 2005):  A Review of the FBI’s Handling of Intelligence Information Prior to the September 11 Attacks

New York Times – 6/19/2002:  TRACES OF TERROR: THE F.B.I.; For Agent in Phoenix, the Cause of Many Frustrations Extended to His Own Office