Recap:  OA and Maggie team up with members of the FBI’s Fugitives Department to track down a person wanted for murder who is also on America’s top 10 most wanted list.

This week’s episode was a bit of a bait and switch. It served as a “backdoor pilot” for the new show FBI: Most Wanted. As the name suggests, the series spinoff follows the Fugitive Task Force, a team assigned to track and apprehend violent criminals on the FBI’s Most Wanted list. I watched the episode, but I’m just not into explosions, car crashes, and violence and brutality. I find characters full of machismo and ballsiness (including the women) annoying. Yes, there are guys like that in the real FBI. They used to annoy me too. Let’s be real; I’m not the target audience for this new show, FBI: Most Wanted. With my honest and transparent acknowledgement of preexisting bias, here’s my review.

A few major creative compromises were made. I know I keep saying the same thing, but . . . Jurisdiction. An explosion occurs in a neighborhood, a mother and her children are blown to bits, and daddy did it. The FBI is always available to assist, but this family annihilator is a local murderer. No FBI jurisdiction. So, before the FBI Fugitive Task Force starts strapping on their cool task force gear, one important requirement is missing. Daddy was not technically a fugitive from justice. Yes, he fled the scene. But he hadn’t yet been charged with a crime. First, he needs to be charged by the state with murder or whatever state crime applies. It is at that point, and not before, that the local subject can be additionally charged by the Fugitive Task Force with UFAP, Unlawful Flight to Avoid Prosecution. The primary purpose of a UFAP warrant is to authorize the Fugitive Task Force to assist local and state officers in apprehending fugitives from state justice. (Fugitives can, of course, also be charged with federal violations and wanted directly by the FBI.) 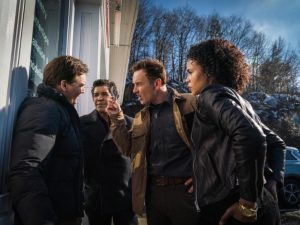 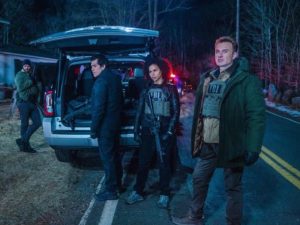 But the main issue with the show’s premise is the Task Force itself. It’s my understanding that all of the FBI: Most Wanted fugitive task force members were FBI agents. Did I get that right? A task force by definition consists of law enforcement partners from different agencies who come together to combine their resources and manpower. The agency heads sign Memorandums of Understanding (MOU) outlining the responsibilities of each. The officers and troopers are sworn in as Special United States Marshals and are provided with all the powers of the FBI. This designation allows them to travel and carry their guns across state lines, access Bureau files and drive government cars. Fugitive Task Force exist in most FBI field offices. These task forces take advantage of the institutional knowledge of the local officers and the financial and technological advantages of the Bureau to capture dangerous criminals and use not only the federal legal system but also the state and the local systems as well. Once apprehended, the fugitive is returned to the local or state jurisdiction for prosecution. If FBI: Most Wanted is concerned about accuracy, the task force will need to add some team members from outside the Bureau.

FBI: Most Wanted is similar to the action adventures of TV shows like SWAT and SEAL Team. I hope the new show does well with its target audience. I won’t be reviewing it again. I believe it’s disingenuous to critique a show I normally would never watch.