Recap:  After a senator’s daughter is kidnapped and held for ransom, the FBI is called in to assist with finding the little girl before their time limit expires. However, in order to do so, they must dig into the senator’s past for clues to who did this to his family.

Review:  Yes! I believe that this episode came the closest to portraying how the FBI works. I found it exciting and entertaining and not too over-the-top. FBI CBS writers, give us more like this one! There are lots of police and first responder shows on TV that are unrealistic and, sadly, several of the FBI CBS episodes felt like they were going in that direction. I was concerned. If we are introduced to characters we like and care about, shootouts, explosions, and car chases aren’t necessary. This kidnapping episode? Perfect. No need to include anything else. The acting, not the special effects, made this show a hit for me. Kudos! 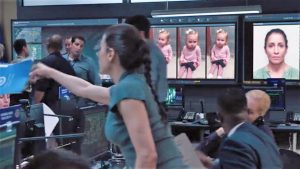 From the moment I learned that FBI CBS was from Dick Wolf, the executive producer of Law & Order, I assumed the show would have an authentic real-life feel, not just because of the highly successful gritty ripped from the headlines stories featured on L&O, but also due to the fact that in 2016, Wolf’s TV production team embedded a film crew inside the actual FBI’s New York office to capture behind-the-scenes real-life action stories of FBI agents and analysts at work. I thought this would mean that the FBI CBS series would fuse fact with fiction. So far, not so much until episode 6.

The show illustrated the basic techniques and procedures utilized in a kidnapping investigation, from demanding proof of life, to monitoring calls, and suspecting everyone until cleared.  To learn more about how the FBI handles the kidnapping of a child listen to FBI Retired Case File Review Episode 015: Mike Carbonell – Toddler Kidnapped for Ransom and Ira Einhorn. For more kidnapping cases, check out episodes 137, 106, 94, 80, 38, 34, and 5.

One last thing. As a former FBI spokesperson for the Philadelphia Division, I must defend the media as portrayed in this episode. During the last five years of my FBI special agent career, it was my responsibility to work closely with reporters, and producers and editors providing any information about FBI matters available for public consumption. In situations where the release of information could jeopardize the safety of others or the integrity of the investigation, I was successful in persuading the media to work with law enforcement and wait for the appropriate time to release details. I can’t think of an exception and hope the callous reporting shown in this episode would never happen in real life.

Other than that, this week’s episode was solid. Sure, I could nit-pick about the Maggie and OA pulling up to the front door of the kidnapped victim’s home in their lawn care van wearing suits and toting briefcases even though the kidnappers warned the parents not to call the police or I could critique how it is still impossible to retrieve in-depth personal data about individuals via a quick computer search, but I’m not. This was the best and most realistic episode to date. I detected notes of Law & Order and, like Maggie and OA at the end of this week’s show, I’m full of hope.

(Disclaimer: If you are watching FBI simply to be entertained, don’t read this review. I’m here to educate and provide a reality check for those who want to learn about the real FBI. My reality checks should not be confused with criticism. I want to like this show and believe that it’s a powerful promo for the real FBI. I’m excited that a new generation is watching and deciding they want to be FBI agents when they grow up. Attempting to create an accurate portrayal of an FBI investigation is an impossible task if the investigation must be solved within less than an hour. Corners must be cut, and creative license must be used to move matters along quickly. I get it. I really do. However, to counteract the “CSI Effect” this sometimes creates, I’m going to, respectfully, point out a few issues.)