Recap:  Special Agents Maggie Bell and OA Zidan investigate the death of a safety inspector and its possible connection to a leak at a nuclear power plant.

Review:  The preview clip for this episode of FBI CBS made me very nervous, two FBI agents investigating a nuclear plant meltdown that threatens New York? I wondered if the episode would be too over-the-top and implausible. The meltdown of the nuclear reactor teased during the preview ended up being a drill, but moments later the alarm bells started ringing again, and Maggie and OA arrived to determine who was responsible for sabotaging the plant. Then a dead body showed up on the grounds. The episode had me searching the Internet and the FBI website regarding jurisdiction. Did you know that almost all of the reactors in the US are owned by private companies? That means that the murder did not occur on federal property, but it would have been part of the sabotage and terrorism investigation if shown to be part of the conspiracy. 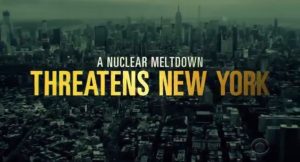 I’ve conducted two podcast interviews (Episodes 48, 49, and 81) with agents who investigated espionage cases involving nuclear material and/or facilities, so I was aware that the FBI was responsible for enforcement. However, the Nuclear Regulatory Commission would also play a major role in an incident of sabotage. Here’s a news article I found describing the FBI’s involvement in a sabotage case: San Onofre Nuclear Plant Investigating Possible Sabotage Of Safety System

From the FBI website: Each FBI Field Office has a Weapons of Mass Destruction (WMD) Coordinator whose primary function is to coordinate the assessment of and response to incidents involving the use or threatened use of chemical, biological, and radiological/nuclear materials. Each WMD Coordinator is tasked with establishing appropriate liaison with regional, state and local emergency response personnel as well as with critical facilities within each Field Office’s jurisdiction in order to facilitate notification and response to WMD incidents.

Most FBI Divisions also sponsor a chapter of InfraGard, a partnership between the FBI and the private sector where members share information to mitigate threats to our nation’s critical infrastructures and key resources.

So, episode 5 of FBI CBS featured nuclear sabotage, murder, and don’t forget a Top Ten fugitive, aka whistle-blower or Snowden-like suspect, and a shootout inside a nuclear facility. Did any shark jumping occur? It depends on the beholder, but plenty of creative licenses were issued. I wonder if a more realistic portrayal of an FBI investigation would still please and satisfy the viewers. I know I would watch that show.

(Disclaimer: If you are watching FBI simply to be entertained, don’t read this review. I’m here to educate and provide a reality check for those who want to learn about the real FBI. Attempting to create an accurate portrayal of an FBI investigation is an impossible task if the investigation must be solved within less than an hour. Corners must be cut, and creative license must be used to move matters along quickly. I get it. I really do. However, to counteract the “CSI Effect” this sometimes creates, I’m going to, respectfully, point out a few issues.)