Recap:  Maggie and OA hunt down a ruthless group of robbers who are posing as NYPD officers to target armored trucks.

Review:  A truck full of cash rolling down the street must be a tempting sight for bad guys. So what if it’s an armored car protected by armed guards. This week’s episode of FBI, with another fast-moving, exciting plot line, showcased the warped mindset of criminals determined to make money the “easy way,” by stealing it. The scenario for the opening scene was riveting and believable. I found myself hoping that the guards wouldn’t be killed. And, I was pleased to note the presence of the NYPD taking charge of the crime scene. That’s how it works, local and federal law enforcement handling matters as a team.

The armor car heists took a back seat to the actual story. This episode focused on the hidden scars and traumas people carry around. In this episode, those burdens caused one man to make catastrophic decisions and another, OA, to fight even harder for justice. What FBI CBS does better than the other current and past TV shows titled with acronyms, is to present characters with developed personalities, revealed with flaws and all.

But not so fast, I’m not giving this episode a total pass. Two scenes had me shaking my head. I’m obligated by my trained investigator oath of allegiance to address the “saliva face swab” thing. What? Not possible. Bad science and creative license used to the max. And while we are on the topic of creative license, can we discuss lightening speed facial recognition, a quick name check by Kristen, and voila! We learn that the subject has one prior arm robbery charge, no immediate family, grew up in foster care and has no formal education. What database was she looking at? 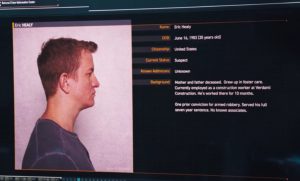 Another issue was the lack of a proper photo spread. No cop or agent would show a single photo to a witness and ask him to identify a suspect. Even an incompetent defense attorney could get that positive ID thrown out of court.

And once again, I must note that Maggie and OA continue to disregard the purpose of a SWAT team. In this episode, the SWAT team assists with an arrest that Maggie, OA and their squad mates could have handled. But when there’s a dangerous warehouse take down, our duo goes in alone and OA manually disarms a bomb. I promise, I wouldn’t lose a drop of respect for Maggie and OA if they waited outside while this elite team of tactically trained agents does its thing. I’m not going to stop complaining about this.

Episode 7 was dramatic. I enjoyed it, but several standard police procedures were portrayed incorrectly. Plus, real life can be even more gripping. If you want to learn how a real FBI armored car case is investigated, listen to FBI Retired Case File Review  – Episode 118 and 119 as retired agent Ed Mireles reviews the events of the fatal FBI Miami shootout. During the pursuit of two extremely dangerous armored car robbers, two special agents were killed, and several others, including Ed Mireles, were wounded.

(Disclaimer: If you are watching FBI simply to be entertained, don’t read this review. I’m here to educate and provide a reality check for those who want to learn about the real FBI. My reality checks should not be confused with criticism. I want to like this show and believe that it’s a powerful promo for the real FBI, something that is needed at this time. I’m excited that a new generation is watching and deciding they want to be FBI agents when they grow up. Attempting to create an accurate portrayal of an FBI investigation is an impossible task if the investigation must be solved within less than an hour. Corners must be cut, and creative license must be used to move matters along quickly. I get it. I really do. However, to counteract the “CSI Effect” this sometimes creates, I’m going to, respectfully, point out a few issues.)