Retired agent Ed Mireles served in the FBI for 25 years. During his career, he worked as a street agent, supervisor and manager in a wide range of investigative and administrative areas, as well as an undercover agent in hundreds of high level, high-risk narcotics, criminal and national security investigations. In this episode of FBI Retired Case File Review, he reviews the April 11, 1986, fatal FBI Miami shootout where, during the pursuit of two extremely dangerous criminals, two special agents were killed, and several others, including Ed Mireles, were wounded. Although severely injured, Ed Mireles fired his shotgun one handed to prevent the suspects from escaping, then charged the suspects, fatally wounding both. His heroic actions prevented further injury to his fellow Agents and innocent citizens. He has received numerous awards and commendations honoring him for his heroism and bravery that day. After retiring from the Bureau, Ed Mireles, a former Marine, worked as a defense contractor in Iraq as a law enforcement professional and adviser to the Iraqi Police, including one year embedded (in uniform) with the Marines. He also worked with the U.S. Department of State in helping to train police in Mexico and Belize. He is the author of  FBI Miami Firefight: Five Minutes that Changed the Bureau his story of survival and the fight to save the lives of his brother agents on that fateful day. The true crime book is available exclusively on his website EdMireles.com. 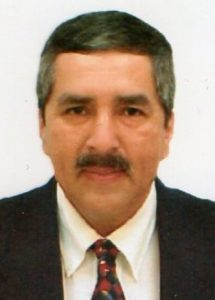 The following links are to FBI website stories about the tragic and fatal April 11, 1986 FBI Miami Shootout, one of the deadliest and most violent fire fights in FBI history:

A Byte Out of History – Fatal Firefight in Miami