Retired agent Bill Grace served more than 33 years with the FBI.  In this episode of FBI Retired Case File Review, he is interviewed about conducting two high-profiled municipal corruption investigations at the same time, one directed at the corrupt activities of Camden, New Jersey Mayor Milton Milan and the other targeting Washington Township, New Jersey Mayor Jerry Luongo. Electronic and physical surveillance indicated that even before Milan entered municipal politics he was associating with a local drug dealer, as well as members of the Philadelphia mob and that he continued those relationships after being elected to City Council and then as mayor. During Milan’s corruption trial, the former head of the Philly mob cooperated and testified against him. The Luongo case was initiated based on a questionable local land deal, but resulted in the mayor being charged with the misuse of the township’s community fund. With the assistance of colleagues from the Cherry Hill Resident Agency (FBI Philadelphia Division), the IRS and the U. S. Attorney’s Office, both investigations resulted in both mayors being convicted and receiving jail sentences. Bill was given the nick-name “The Mayor Slayer.” 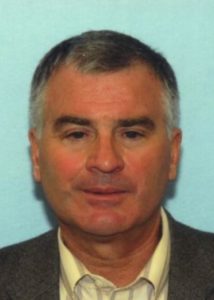 Here are links to a few newspaper articles about the Milan and Luongo investigations:

A Mayor’s Fateful Journey From Camden’s Streets to Jail; Caught Up in the City’s Tangle of Corruption