Retired agent Angelo Lano served in the FBI for 29 years. In this episode of FBI Retired Case File Review with Jerri Williams, he is interviewed about being the case agent of the FBI Watergate investigation, starting from the morning of June 17, 1972, when he received a phone call from his Bureau supervisor instructing him to report to the Watergate Complex to investigate a break-in at the Democratic National Committee Headquarters. His initial assignment was to identify the five men caught in the act and arrested by local police. However, subsequent investigation by Lano and members of his squad, quickly determined that this was more than just another interstate theft of stolen property case. They learned that the intruders were connected to the committee to re-elect President Richard Nixon and the property crime case morphed into the biggest political scandal in U.S. history. Lano’s investigation produced evidence of a cover-up and led to articles of impeachment being drawn up against Nixon, who resigned from office in 1974. Angelo Lano was one of several FBI agents falsely accused of being Deep Throat, a source of leaks consisting of inside investigatory information for the Washington Post. 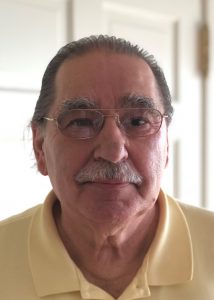 The following are links to an FBI Overview, original investigative documents and files, transcripts and recordings, and newspaper articles regarding the FBI Watergate investigation and scandal:

FBI The Vault –  Original Bureau records and files from the two-year long FBI Watergate investigation of the break-in and cover-up.

The Smoking Gun Tape – This is the transcript and recording of a meeting between President Nixon and his Chief of Staff, H.R. Haldeman, in the Oval Office on June 23, 1972.