Retired agent John Mindermann served in the FBI for 20 years. During his career, he was a firearms and defensive tactics instructor, and leader of the first Washington Field Office SWAT Team. In this episode of FBI Retired Case File Review, he reviews his assignment on C-2, the Miscellaneous Crimes Squad assigned to the Watergate investigation. He reveals little-known facts about the case, including the circumstances leading to the interview of a key witness and the FBI shutdown of the Presidential business offices in the White House. Later in his career, he was assigned to the Behavioral Science Unit in Quantico, Virginia, where  he specialized in violence avoidance, and created and taught Crisis Intervention and Police Stress programs. Prior to retiring, he transferred back to his hometown, San Francisco, where he supervised an Organized Crime and Narcotics Squad. John Mindermann is the author of In Pursuit: From the Streets of San Francisco to Watergate,  a gripping tale of a defining moment in American history—the Watergate scandal—told for the first time by the FBI agent who was coincidentally on weekend duty when the burglary occurred. 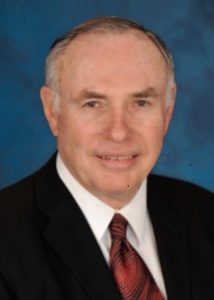 The following are links to FBI website and CNN overviews regarding the Watergate investigation and recent articles about the public perception of the FBI today:

New York Times 6/27/2017: How Donald Trump Misunderstood the FBI – Since Watergate, the Bureau as come to view itself as an essential, and essentially independent, check on the president.