Retired agent Tony Robleto served in the FBI for 25 years. He spent most of his stateside Bureau career in California with assignments in the San Francisco, San Diego Division, and the Los Angeles Divisions. He also spent significant time working for the FBI in Mexico as an Assistant Legal Attaché (ALAT) in Mexico City where he was responsible for criminal and as a Border Liaison Oﬃcer (BLO) during his time in San Diego. In this episode of FBI Retired Case File Review, Tony Robleto reviews three of the numerous murder cases and fugitive apprehensions and extraditions he was involved in during his various assignments with the FBI in Mexico, including the capture of a man who raped and killed a woman in New Orleans and fled to Mexico, a man who threatened a U.S. Congresswoman and fled to Mexico, and an American man who stabbed his American boyfriend 24 times while they vacationed in Mexico and then fled back to the U.S. During his Mexico assignments, Tony Robleto, who is a native Spanish speaker, conducted investigative leads with the assistance of local Mexican law enforcement partners, arranged case coordination meetings between US and Mexican prosecutors, conducted pre-trial interviews, and legalized evidence for use in US federal court. His eﬀorts contributed signiﬁcantly to the capture and extradition of the main subjects involved in a U.S. Consulate murder investigation. This investigation was the recipient of the 2011 Legat Oﬃce Investigative Excellence Award. Tony Robleto retired from the Bureau last year and currently resides in San Diego, California. 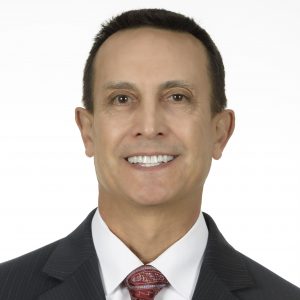 The following  are links to an FBI website story about the Mexico Legal Attaché Office and newspaper articles about some of the case Tony Robleto worked for the FBI in Mexico including the conviction of the man convicted of vehicle homicide and rape, the Rep. Tulsi Gabbard fugitive investigations, and newspaper articles and a press release on the David Meza murder investigation:

People Crime – 12/11/2017:  Man Gets Life for ‘Near Decapitation’ of Wealthy Lover — Which He Covered Up with Girlfriend