Retired special agent Toni Chrabot served more than 24 years with the FBI.  Her investigative specialties were public corruption, organized crime, and money laundering.  As a crisis negotiator she responded to a number of kidnappings and barricade situations and as an instructor at the FBI Academy she was designated a subject matter expert in intelligence, interview and interrogation.  She later supervised special agent operations at a satellite office out of FBI Detroit. In this episode of FBI Retired Case File Review, Toni is interviewed about the Crisis Incident Response Group (CIRG) and specifically the Crisis Negotiation Unit and what the team was responsible for.  She is also interviewed about the kidnapped grandma case involving Hedwig, “Heddy” Braun, held for a $3 million ransom on her 88th birthday.  Prior to retiring, Toni was Assistant Special Agent in Charge of the FBI’s Jacksonville Field Office where she was responsible for criminal, intelligence, cyber and crisis management programs and operations. Shortly after retiring, Toni founded RISK CONFIDENCE GROUP, LLC to provide operational risk consulting and services focused on insider threat, safety & security, risk intelligence, crisis management, and other related areas. Toni also provides expert commentary for local media outlets, regarding crime, terrorism, workplace violence and issues related to the FBI. 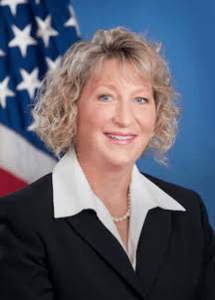 The following are links to newspaper articles about the kidnapped grandma Heddy Braun case, and a series of videos of a Dateline episode featuring another kidnapping case Toni Chrabot worked on:

In September 2011, Toni appeared on Dateline NBC’s Season Premier Episode titled “Ransom,” which featured the kidnapping investigation into the 2009 disappearance of a young mother from Ponte Vedra, Florida. Her role is introduced in Part 3 and plays throughout the next several parts.