Scott Decker served 22 years in the FBI. Early in his Bureau career, Decker, who has a doctorate in Human Genetics, joined the Bureau’s fledgling Hazardous Materials Response Unit in Quantico. On September 12, 2001, he led a team of FBI hazmat specialists to Ground Zero in New York City. Three weeks later, the country came under attack again, this time from anthrax. In this episode of FBI Retired Case File Review, Scott Decker reviews working on and later managing the “science squad” of the newly formed Amerithrax Task Force. The task force’s mission was to identify and apprehend the person responsible for the mailings of anthrax that killed five people and permanently injured nearly two dozen more. Decker coordinated the early genetics and DNA forensics of the investigation. He went on to supervise a squad of agents, all with advanced science degrees, as they coordinated the forensics aspect of the case. Their work charted new ground and established the discipline of Microbial Forensics. In 2009, he and his team received the FBI Director’s Award for Outstanding Scientific Advancement. Scott Decker is the author of Recounting the Anthrax Attacks: Terror, the Amerithrax Task Force, and the Evolution of Forensics in the FBI, in which he was able to write with authority on the events that took place during the anthrax investigation, many of which have never before been publicized. You can learn more about Scott Decker and his non-fiction book on his website, rscottdecker.com. 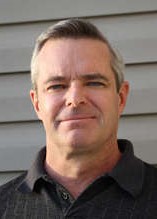 The following are links to an FBI website story and newspaper articles about the anthrax attacks and the Amerithrax Task Force Investigation: