Retired agent Dan Reilly served with the FBI for 30 years, six as a photographer and technician in the FBI Laboratory and twenty-four as a Special Agent. In this episode of FBI Retired Case File Review, Dan Reilly reviews the case of con-man and rare documents thief, Charles Merrill Mount, a celebrated Portrait artist and art historian, who stole hundreds of historical manuscripts from the National Archives and the Library of Congress, including Civil War documents and three letters written by Abraham Lincoln. During his career, he worked on a variety of criminal cases, including Interstate Transportation of Stolen Property, property crimes, and helped start the FBI’s Safe Streets Task Force Program investigating violent drug gangs. Dan Reilly led the Evidence Response Team (ERT) at the Washington Field Office and provided extensive experience and training to others on crime scene examination. After his retirement from the FBI, Dan Reilly worked as a private consulting analyst with the High-Intensity Drug Trafficking Area (HIDTA) task force operations in the Mid-Atlantic region. Dan Reilly is currently an adjunct faculty member at George Mason University in the Criminology, Law and Society Department. 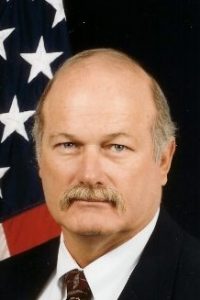 The following are links to newspaper articles about the investigation of rare documents stolen by Charles Merrill Mount from the from the National Archives and the Library of Congress: