Retired agent James Furry served in the FBI for 31 years, eleven as a professional support employee and twenty years as a special agent. In this episode of FBI Retired Case File Review, James Furry reviews his Church of Love case. Donald Lowry and Pamela St. Charles were charged with 26 counts of mail fraud for operating the Church of Love, a romance scam perpetrated against 31,000 lonely male victims who were defrauded of $4.5 million in losses discovered during the four-year investigation. During his FBI support career, James Furry was assigned to a Special Support Group conducting surveillance on hostile Russian intelligence agents while serving in New Orleans and the Washington Field Office. During his agent career, most of his time was in the Newark Division working Organized Crime and supervising an Organized Crime Squad, a Crimes Against Children Squad and serving as the World Trade Center Command Post Supervisor. He was also a hostage negotiator, police instructor and taught foreign police schools in Uzbekistan, Kyrgyzstan, and the Ukraine. After his retirement from the FBI, Furry worked as an anti-money laundering consultant. He is the author of Fidelity, Bravery, & Integrity: My Story: The True Life and Career of a FBI Special Agent, a memoir about his FBI career that includes a chapter on the Church of Love. To learn more about him, you can visit his website jimfurry.com. 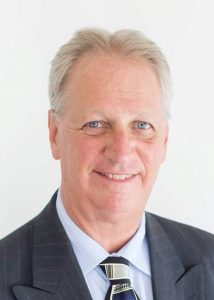 The following are links to newspaper articles about Donald Lowry’s conviction for operating the Church of Love: