I’m a retired agent and I have a confession. When I first heard that ABC was producing a TV show about the FBI Academy, I said to myself, “this is not going to be good.” I watched the first episode, but with my pre-conceived opinions immediately determined the show was not for me.

It’s possible that while viewing the season premiere I was distracted by Alex’s beautiful thick and wavy hair or by the nagging questions I had regarding why her uniform tops were tighter and cut lower than any of the other female trainees in her class. But regardless of those diversions, I should have watched more than one episode before determining the merits of the case, I mean show. What I am trying to say is that I apologize for pre-judging @QuanticoTV. 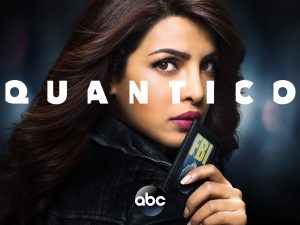 At the request of a few of my podcast listeners I agreed to binge watch the show and report back on what aspects of the FBI were depicted inaccurately. I was surprised to discover that, although there were exaggerations and embellishments, for the most part, agent interactions (with the exceptions of when agents attempted and succeeded in killing other agents and innocent bystanders) and the FBI Academy were portrayed as bright and shiny versions of the real things. As an author I certainly understand the need to employ the use of dramatic license to maintain entertainment value. It is obvious that @QuanticoTV was written with input from FBI Headquarters, or perhaps a former agent was hired as a technical advisor.

However, there are a few facts I believe #Quantico fans should be made aware of so they don’t embarrass themselves the next time they chat up a FBI agent at the ballpark, grocery store or local brew pub.

Of course, to be fair I must also note that what @QuanticoTV and @QuanticoWriters got absolutely right, and that is Alex, her TV colleagues and the real FBI’s core mission to stay ahead of the threat and to protect the American people. #Quantico is reaching a new and diverse generation of boys and girls who now want be FBI agents when they grow up. Bring on season 2!