Retired Supervisory Special Agent Ron Nolan served in the FBI for 21 years. Ron spent the early part of his career in the Philadelphia Division as a member of the SWAT Team, working violent crime, and as the Criminal Informant Coordinator. Later Ron was reassigned to the Newark Division where he supervised a Violent Crimes and Fugitive Taskforce and the Evidence Response Team. In this episode of FBI Retired Case File Review, Ron Nolan reviews cases that occurred while he served as the Legal Attaché in Lagos, Nigeria – the investigation of the death of a teenage girl from New Jersey who dies while on a school trip in Ghana and the frequent kidnapping of American oil and utility workers in Nigeria. During his four years in the LEGAT Lagos position, Ron represented the FBI and the Department of Justice on matters involving eight African countries. He also served on Director Mueller’s LEGAT Advisory Committee representing all 56 countries on the continent of Africa.

While LEGAT Lagos, one of Ron’s most challenging cases involved the death of a Teaneck, New Jersey teen visiting Accra, Ghana on a school service mission. When the girl is discovered dead at the bottom of the hotel pool, Ron feels emotionally connected to the investigation and is determined to answer the parents’ number one question – was it an accident or foul play? 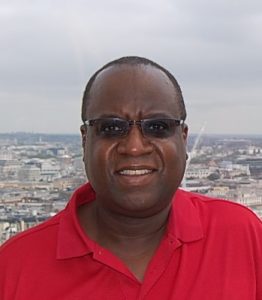 Below are links to newspaper articles about the tragic death of a Teaneck, New Jersey teen visiting Accra, Ghana on a school trip: