Retired agent Michael Tabman served in the FBI for 24 years. During his early career, he was assigned to a FBI–NYPD Drug Task Force were he gained extensive investigative experience. In this episode of FBI Retired Case File Review, Michael Tabman reviews the case of Stephen Saccoccia, a coin dealer who was convicted of laundering Colombian drug cartel money by creating phony invoices and buying and reselling the same bars of gold. Saccoccia was sentenced to 660 years in prison. After the successful conclusion of this case and others, Michael Tabman rose through the ranks of the FBI reaching the level of Special Agent in Charge of the Minneapolis Division, commanding 250 FBI Agents throughout three states. Since retiring from the Bureau, Michael Tabman has become a sought after speaker for corporate events, is called upon as a media crime and security analyst, and, at one time, had his own radio talk show. He is the author of three books. His novel Bad Intent was inspired by the Saccoccia money laundering case and his years on the FBI-NYPD Drug Task Force. You can learn more about Michael Tabman on his website, MichaelTabman.com. 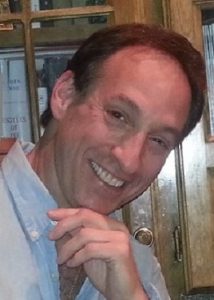 “They were laundering drug money through the gold industry. Bars of gold moving around, selling to each other, creating phony invoices.”

The following are links to newspaper articles about the Stephen Saccoccia money laundering case: