Retired agent Michael J. Anderson served in the FBI for 22 years. During his Bureau career, he worked primarily Public Corruption cases. In this episode of FBI Retired Case File Review, Michael Anderson reviews a case from early in his career when he investigated Miguel Moya, a jury foreman suspected of accepting a $500,000 bribe to vote to acquit Salvador Magluta, and Willy Falcon, two Miami drug kingpins on trial for smuggling cocaine. Later in his career, Michael Anderson served in senior-level roles at FBI Headquarters where he managed the Intelligence, Human Resources, White Collar Crime and Criminal programs and major cases such as the investigations of Louisiana Congressman William Jefferson; Washington, DC super-lobbyist Jack Abramoff; Deepwater Horizon/BP Oil environmental disaster; New Orleans Mayor Ray Nagin; former U.S. House Speaker Dennis Hastert; Almighty Latin Kings. Prior to retiring from the Bureau, Michael J. Anderson served as the Special Agent in Charge (SAC) of the New Orleans Division and then the Chicago Division, one of the FBI’s largest field offices. He currently oversees all cyber and physical security operations for Arizona Public Service (APS). 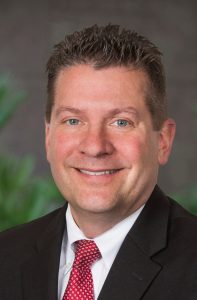 “The U.S. Attorney’s Office received an anonymous note that said, ‘The jury foreman got a big bag of cash and, everyone knows it’”