Retired FBI Special Agent Michael McGowan served with the FBI for more than 30 years. Early in his career, while assigned to the Philadelphia Division, he worked major drug investigations. In this episode of FBI Retired Case File Review, Michael McGowan reviews a Pakistani drug investigation where he was falsely accused and investigated for the theft of $200 million  of heroin and cocaine from a secured FBI evidence vault. His reputation and integrity were temporarily destroyed by the false allegation. The actual person responsible was another FBI drug agent who was sentenced to 25 years in prison for the crime. Later in his career, Michael McGowan was transferred to the Boston Division and  participated in more than 50 FBI Undercover Operations. He successfully infiltrated Italian LCN and Russian Organized Crime groups, Mexican drug cartels, Outlaw Motorcycle gangs, contract murderers and corrupt public officials, all resulting in significant arrests, seizures, and lengthy incarcerations. He has been recognized at the highest levels of the FBI and Department of Justice, and domestically and internationally, for his role as an undercover agent. He was an instructor at the FBI Undercover Certification School in Quantico, Virginia and also served an operational counselor for the FBI’s Undercover Safeguard Unit, evaluating undercover FBI personnel for operational and psychological readiness. Michael McGowan has been qualified in federal court as a subject matter expert in Undercover Operations. After retiring from the FBI, McGowan started The 7329 Group, a law enforcement undercover training and entertainment consulting firm. He is the author of Ghost: My Thirty Years as an FBI Undercover Agent, in which he recaps his more than 30 years of dedicated service to the FBI. 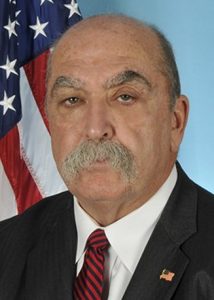 “I woke up that morning, kissed my kids goodbye, and went to work. By that evening, my perfect FBI and family life exploded. I went from ‘Golden Boy’ to ‘Public Enemy Number One’ in a flash.”

The following links are to articles and court document regarding the East Load cocaine case and the Pakistani heroin case and the arrest and conviction of the FBI agent convicted of the theft of drug evidence valued at $200 million: 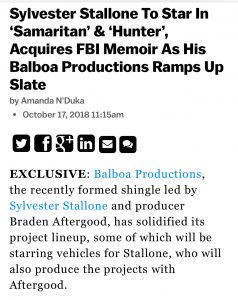 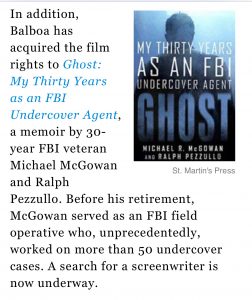