Retired agent Kevin Rust served 29 years with the FBI. He spent a majority of his career in Mississippi in resident agencies out of the Jackson Division, including 13 years in a one person office. In this episode of FBI Retired case File Review, Kevin Rust reviews the reopened civil rights investigation of the racially motivated murder of sharecropper Ben Chester White by known Ku Klux Klan members. In the federal trial, witnesses spoke from the grave when testimony from the original state trial was read into the court record. The new case resulted in the murder conviction of Ernest Avants 34 years after the horrific hate crime occurred. During his Bureau career, Kevin Rust also had assignments in Chicago, Budapest, FBI Headquarters and Quantico. He was a crisis negotiator who responded to many incidents both domestically and internationally and taught negotiation concepts to hundreds of state, local and international officers. Kevin Rust, who prior to entering the FBI was a CPA with Price Waterhouse, currently works as a contractor for the FBI’s International Corruption Unit tracing money flows and identifying assets for seizure that were purchased with money stolen by foreign kleptocrats. 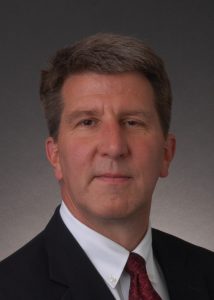 The following links are for numerous articles regarding the reopened civil rights investigation of the racially motivated murder of sharecropper Ben Chester White: