Retired agent Joe Lewis served 27 years with the FBI. In this episode of FBI Retired Case File Review, Lewis reviews “SandBomb” the investigation of Eric Rudolph and the bombing of a Birmingham, Alabama abortion clinic that resulted in the death of off-duty police officer Robert Sanderson and severely injured a nurse. The case also identified Rudolph as the person responsible for the Olympic Park Bombing, as well as the bombing of another abortion clinic, and a nightclub all in Atlanta, Georgia. More than five years after the incident, Eric Rudolph was captured and pled guilty to the Birmingham bombing and the bombings in Atlanta. Joe Lewis led this investigation as the Special Agent in Charge of the Birmingham Division. During this time period, he also oversaw an investigation that reopened the infamous 1963 church bombing in Birmingham and led to the conviction of one of the conspirators. Prior to this assignment, Joe Lewis served in several other management positions including as the supervisor of the Chicago Division’s Public Corruption Squad. He retired from the FBI as the Deputy Assistant Director, Organized Crime Branch, Criminal Investigative Division in Charge of all Organized Crime Investigations and Intelligence. In the private sector, Joe Lewis served as Senior Director of Corporate Investigations for Walmart’s Global Security Division. He is now also retired from corporate life. 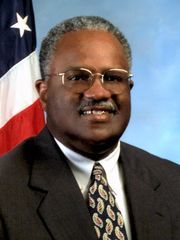 The following are links to newspaper articles about the Birmingham Abortion Clinic bombing and the captured and arrested of Eric Rudolph in Murphy, North Carolina by 21-year-old rookie police officer Jeff Postell: