Retired agent Randy Wolverton served with the FBI for 28 years. During his Bureau career, Wolverton, a CPA, worked cases involving violent crime, white-collar crime, drugs, public corruption, domestic terrorism and health care fraud. In this episode of FBI Retired Case File Review, Randy Wolverton reviews a savings and loan fraud case that targeted real estate investor Leonard Pelullo. In spite of the testimony of LCN underboss Phillip Leonetti who admitted to brokering a disputed loan shark debt between Leonard Pelullo and a LCN protected loan shark, the case had to be tried four times before Leonard Pelullo’s final conviction was upheld, and he was sentenced to a 24-year prison term. Prior to retirement, Randy Wolverton was promoted to the Financial Crimes Section, Economic Crimes Unit at FBI Headquarters and was responsible for program management of corporate fraud, securities fraud, insurance fraud and mass-marketing fraud matters. After he retired from the FBI, he co-edited a book entitled “White Collar Crime – Core Concepts for Consultants and Expert Witnesses” published by the American Institute of Certified Public Accountants (AICPA). Randy Wolverton currently continues to work for the FBI as a contract Asset Forfeiture Investigator. 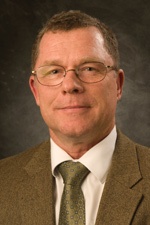 The following are links to an appeals court opinion and newspaper articles about the trial(s) of real estate investor Leonard Pelullo for a multi-million dollar savings and loan fraud case: