Retired agent Jerri Williams served in the FBI for 26 years. During most of her Bureau career, she worked major economic fraud investigations targeting financial crimes and corruption. In this episode of FBI Retired Case File Review, she reviews the Foundation of New Era Philanthropy investigation, a $350 million charity Ponzi scheme perpetrated against unsuspecting nonprofit organizations, high profiled philanthropists, and beneficiary donors, which resulted in a 12-year prison sentence and multiple forfeitures. The case and Jerri Williams were featured on the CNBC show, American Greed, Confessions of a Con Man. She received a United States Attorney Award for Distinguished Service for her work on the New Era Philanthropy case, as well as two additional U.S. Attorney Awards for her work on an international advance fee scam, and a business-to-business telemarketing fraud. Toward the end of her FBI career, Jerri Williams was appointed as the spokesperson for the Philadelphia Division of the FBI, taking on the responsibility of educating and informing the media and public about the Bureau. Post-FBI retirement, Jerri served as the spokesperson and Director of Media Relations for SEPTA, Philadelphia’s public transportation provider. Both positions often placed her in the spotlight in front of local and national news media. Jerri Williams is the author of two crime novels. Her novel, Greedy Givers, was inspired by the Foundation of New Era Philanthropy investigation discussed in this episode. 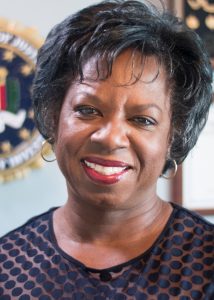 The following are links to articles and features about the investigation of John Bennett and the Foundation of New Era Philanthropy: