Retired agent Juan Jackson served with the FBI for 24 years. Most of his Bureau career were spent as an undercover agent working dangerous assignments in New York, Miami, Atlanta and cities throughout the country. In this episode of FBI Retired Case File Review, Juan Jackson is interviewed about his long term undercover role as “J. J.” a drug kingpin in the FBI Group I undercover case – Operation Shattered Shield. Juan, as his alter ego J. J., hired corrupt members of the New Orleans Police Department to protect his large-scale cocaine operation. The dirty police officers, maintained around-the-clock guard duty at the warehouse where the drugs were stored. During the investigation, monitors overheard officers repeatedly threatening violence against J. J. and his couriers. The case ended abruptly when the FBI wiretap also revealed that one of the officers, Len Davis, had ordered a hit-man to murder a woman who had filed a police brutality complaint against him. In addition to murder, Davis, his partner Sammie Williams and more than 20 other officers were convicted of extorting bribes and offering protection to a drug dealer. Juan Jackson received the New Orleans Police Department’s Medal of Valor for his contributions to Operation Shattered Shield. Post retirement, Juan Jackson has worked as director of security for several NBA teams. Currently, he is Director of Team Security for the Philadelphia 76ers. 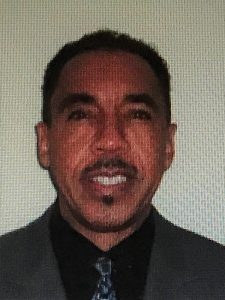