(This episode was previously posted on April 23, 2016 as Episode 014. The audio interview and show notes have been updated.)

Retired Special Agent in Charge (SAC) Wayne Davis served 25 years with the FBI and during his career ran the Indianapolis, Detroit, and Philadelphia Field Offices. SAC Davis was among the first group of fully qualified African-American agents hired by the FBI and allowed to attend the FBI Academy in 1962 and 1963. In this episode of FBI Retired Case File Review, he provides a fascinating personal and historical account of diversity in the FBI and his private meeting with Director J. Edgar Hoover in 1965, at which time the Director openly expressed his views about Martin Luther King and the Civil Rights Movement.

Wayne died on July 10, 2020.  I’m heartbroken. Early in my career, he and his wife Lois (a former Assistant United States Attorney) mentored me, and I will forever remember their kindness and wisdom. Wayne asked me to be his applicant coordinator, even though I had less than 5 years in the Bureau. He was serious about minority recruitment and knew I would do a good job for him. It was part of his job evaluation and he did not want to fail. I did not let him down! Lois called me a few days before he passed away and let me tell him, once again, how much they both mean to me. Special Agent Wayne Davis was an even more special husband, father, grandfather, boss, and friend. May he rest in peace. 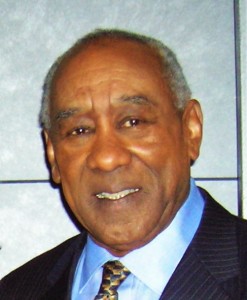 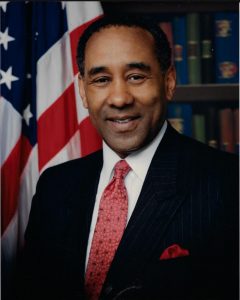 “That is where I got to see a series of communications between Bobby Kennedy and Hoover saying, ‘How come you haven’t recruited any minorities?’”

Prior to 1962,  the FBI had no “fully qualified” African-American Special Agents, and Director Hoover was under pressure by Attorney General Robert F. Kennedy and the Department of Justice to diversify the professional federal law enforcement ranks of the FBI. Several African American support employees had been given the title of Special Agent even though they did not meet the college requirements, were not allowed to attend the FBI Academy, or to perform many of the duties described in the special agent job description. The first two fully qualified and college educated African American candidates to attend the FBI Academy, Aubrey Lewis and James Barrow, entered on duty together in the summer of 1962.  A year later, in the summer of 1963, Wayne Davis and another African American candidate, John Cary, attended the FBI Academy and joined the Bureau.

When Director Hoover died in 1972, he was succeeded by Acting Director L. Patrick Gray, who immediately ordered the hiring of women as special agents and re-emphasized minority recruitment. Wayne Davis was appointed as one of the executive managers in the Administrative Division at FBI Headquarters to head up those efforts. During this interview he explains the importance of the FBI maintaining a diverse workforce.

Director Hoover summoned Wayne Davis to FBI Headquarters for a meet and greet.  His “audience” with  Hoover was memorable not only because of its historical significance but also because of the pre-meeting conversation Wayne Davis had with Hoover’s “gatekeeper” Sam Noisette beforehand.

To learn more about the FBI’s Diversity Agent Recruitment Program, visit FBIjobs.gov. There are approximately 13,000 special agents in the FBI. Here are the current diversity statistics for agents: 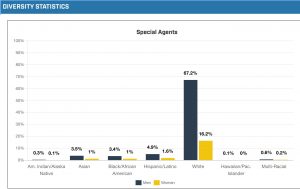