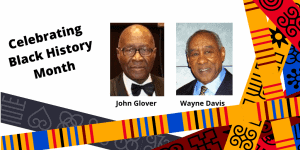 A brief history of African Americans in the FBI:

In 2019, the FBI celebrated the 100th anniversary of African American Special Agents and highlighted the hiring of James Wormley Jones by Director Hoover in November 1919. Wormley is believed to have been the first African American special agent hired by the Bureau of Investigation, the forerunner of the FBI. Jones left the Bureau in April 1923. Several other African Americans were also hired during this period, primarily to investigate and infiltrate black nationalist organizations, such as the group led by Marcus Garvey. Once these investigations were completed, Director Hoover hired no other African Americans as FBI special agents for nearly forty years.

The African American special agents serving in the FBI after the mid 1920s and up until 1962, were support employees who were given the title of “Special Agent” by Hoover. They had not met the established college requirements, had not been allowed to attend the FBI Academy, and did not perform many of the duties in the special agent job description. 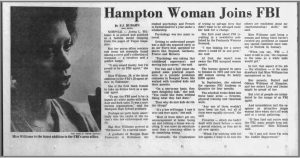 Past and current FBI recruitment efforts are focused on maintaining a diverse workforce that reflects the demographics of the populations the Bureau serves. As noted in the article linked below, those efforts can be challenging.

FBI Has Failed to Move the Needle on Diversity Over the Past Decade, Despite Efforts of Recent Directors: Percentages of women and minorities have remained virtually unchanged.