Retired agent Sterling Owen served in the FBI for twenty-three years. His first assignment was to the Jacksonville Division. Thereafter, he was transferred to the Chicago Field Office and in 1981, Sterling Owen, an accountant, was transferred to the Knoxville Division. In this episode of FBI Retired Case File Review, Sterling Owen reviews the Butcher Bank failure case, his nearly four-year investigation of Jake and C.H. Butcher Jr., who operated a multi-billion dollar banking empire in Tennessee and Kentucky. The brothers, using a complex loan scam to steal millions of dollars from bank clients, led lives of wealth and the power, but were eventually convicted of fraud and conspiracy and sentenced to twenty years in prison for their crimes. The white-collar crime investigation was designated major case status.

Later in his career, Sterling Owen was promoted to Supervisory Special Agent. Following retirement, he operated his own private investigations and security firm and served as a Bankruptcy Trustee in US Bankruptcy Court. He served as the Chief of Police for the City of Knoxville, TN for seven years.  In 2012 until 2016, he was appointed to serve as a Receiver in a civil case in United States District Court.

Sterling Owen has also held various positions with the local chapter and national office of The Society of Former Special Agents of the FBI.  Currently, he is serving on the Board of Directors of the Knoxville Public Safety Foundation, which provides public safety officers with financial assistance. 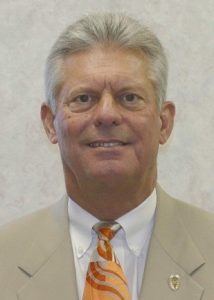 “They were creating a phony loan, generating phony interest, generating yet another phony loan to pay off the first phony loan, and then they were taking that interest and assigning it to the main players to deduct from their individual tax returns.”—Retired Agent Sterling Owen

The following are links to articles about the Butcher Bank failure: