Retired agent Gina Osborn served in the FBI for 22 years. In this episode of FBI Retired Case File Review, Gina Osborn reviews an assignment from early in her career in the 90s, when she worked on a Westminster Police Department Task Force targeting Asian Organized Crime in Little Saigon District of Orange County. Gina and her Westminster PD partner, Detective Tommy Rackleff, known by Vietnamese gangsters as “Old Guy and The Blonde,” were successful in dismantling video gambling, extortion, prostitution rings, and gang violence.

Later in her career, Gina held management level positions, including supervising counterterrorism investigations in Southeast Asia and leading some of the Bureau’s most significant national security and criminal computer intrusion investigations such as the hack on Sony Pictures Entertainment. Recently, Gina and her cohost Tracy Miller, a Senior Prosecutor, launched Behind the Crime Scene – a True Crime Podcast – a True Crime Podcast, which explores the human side of first responders, investigators and prosecutors, focusing on notorious cases which have haunted them their entire careers.  In each episode, they dive deep into the world of some of the worst crimes in U.S. history and go behind the scenes to show how these cases impacted the lives of the heroes who responded to them. 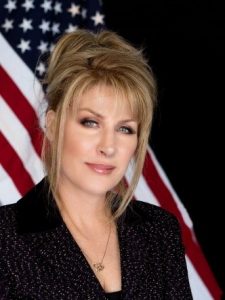 “It was definitely a dangerous assignment because I was not Vietnamese, I was working in Little Saigon, I was a tall blond, so wherever I went people knew us… We were known in that community as being part of this task force. It was something to think about wherever we were out on the street.”—Retired agent Gina Osborn

The following are links to newspaper articles about a few of the cases Gina Osborn worked will assigned as the FBI’s representative on the Westminster Little Saigon Asian Organized Crime Task Force: