In this episode of FBI Retired Case File Review, Supervisory Intelligence Analyst (IA) Sierra Stanczyk answers listener questions about the IA position, providing details on the qualifications, requirements, and duties of the job. Special Agent (SA) and Applicant Coordinator Cerena Coughlin provides updates on the FBI’s current recruitment efforts, and, toward the end of the episode, (around timestamp 1:07:55) she discusses other non-agent positions available in the FBI, the Investigative Surveillance Specialists and the Management and Program Analyst (MAPA) positions, and the hundreds of jobs that will soon be open at the FBI’s expanded facility in Huntsville, Alabama. SA Coughlin also answers listeners questions about educational requirements for non-agent positions (1:14:32), the availability of internships for high school and college students (1:16:49), the ways the FBI might use expertise in Middle East studies and Arabic (1:21:38), and FBI culture regarding LGBTQ+ employees, particularly special agents (1:24:20). Detailed FBI employment information and applications for all positions are available at FBIJobs.gov. 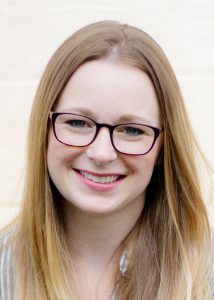 Sierra Stanczyk was initially hired as a Management and Program Analyst for the Directorate of Intelligence and Cyber Division at FBI Headquarters (FBIHQ). In 2015, she went through the Basic Field Training Course at the FBI Academy to become an Intelligence Analyst, receiving the Director’s Leadership Award. Upon graduation, she returned to FBIHQ to work for the Counterintelligence Division, Sierra also volunteered with the Victim Services Response Team and, in 2016, was deployed to the Pulse Nightclub Shooting response. IA Stanczyk transferred to the Philadelphia Division in 2017 where she was assigned to counterterrorism matters. She was named FBI Philadelphia’s Employee of the Year for 2018 and was promoted to a Supervisory Intelligence Analyst in 2019. Currently, IA Stanczyk leads a squad of Intelligence Analysts and Staff Operations Specialists working national security matters and serves as an instructor with the FBI’s Adjunct Faculty Program. 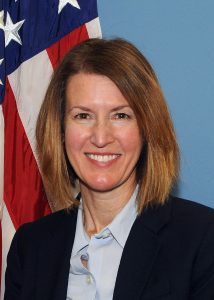 Special Agent Cerena Coughlin has been with the FBI for more than 19 years. Currently, she is the Employment Recruiter for the Philadelphia Field Office and also the local Coordinator for InfraGard, a public/private partnership between the FBI and representatives of critical infrastructure. She was a member of the Los Angeles Innocent Images SAFE Team where she investigated cases involving the sexual exploitation of children and was assigned to Counterterrorism squads in the Los Angeles and Baltimore Divisions. Before her current assignment, she was on a Cybercrime squad in the Philadelphia Division.

The following are links to the information from the FBI websites regarding the Intelligence Analyst position and links to other FBI Retired Case File Review recruiting episodes:

Episode 041: FBI Special Agent – A Career Like No Other