Retired agent Doug Davis served in the FBI for 29 years. His first two assignments, after New Agent Training, were to the El Paso Division, where he worked mostly Interstate Theft of Stolen Property cases and then to the San Juan Division where he worked Bank Fraud.  In 1998, he was transferred to the Sacramento Division where he worked Organized Crime/Drugs, Healthcare Fraud, and International Terrorism. In 2005, he was named Assistant Legal Attaché to the U.S. Embassy in Mexico City, where he was assigned to hunt FBI fugitives in Mexico and kidnapping matters. In this episode of FBI Retired Case File Review, Doug Davis reviews five different fugitive cases, explains the Unlawful Flight to Avoid Prosecution (UFAP) warrant process, and the differences in having a fugitive deported or extradited from Mexico back to the US to face justice. He found his assignment hunting fugitives to be one of his most rewarding and agrees with these famous words by Ernest Hemingway, “There is no hunting like the hunting of man, and those who have hunted armed men long enough and liked it, never care for anything else thereafter.”

His last assignment before retiring was as the Salt Lake City Division’s Chief Division Counsel, where he headed up the office’s in-house legal team. 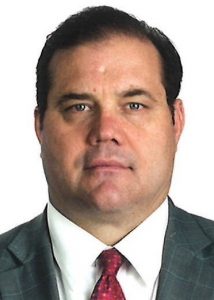 “When we got up in the air at cruising altitude, close enough to the US border, I showed him my credentials and I said, ‘You’re under arrest.’ For most of the flight he thought I was just some guy sitting next to him.”—Doug Davis

The following links are to newspaper articles about five of the many FBI fugitives in Mexico captured by Doug Davis: