Retired agent Michael Harrigan served in the FBI for 22 years. In this episode of FBI Retired Case File Review, Michael Harrigan reviews his assignment as the Supervisory Senior Resident Agent (SSRA) in the Farmington and Gallup offices of the Albuquerque Division where he conducted and supervised investigations of crime in Indian country involving homicide, sexual assault, kidnapping, missing persons and unidentified human remains and was responsible for federal criminal matters on three Native American reservations. He also discusses his assignment as the Chief of the National Academy (NA) Program, the leading national law enforcement executive leadership institution, graduating over 1,800 senior law enforcement officers from every state and more than 40 countries.

Mike Harrigan previously reviewed the  Violent Criminal Apprehension Program (ViCAP), the largest repository of serial violent crime cases in the country, and the Highway Serial Killings Initiative. He was the unit’s chief and oversaw the development of the web database which allows client law enforcement agencies direct access to conduct independent analysis. Before he retired, Harrigan was the Chief of the FBI Academy’s Firearms Training Program. Currently, he is a subject matter expert for Eagle, a security and risk management service, for whom he provides consultation and expert testimony related to violent crime analysis, the use of force continuum, police procedures and policies, and various issues related to policing Indian Country. 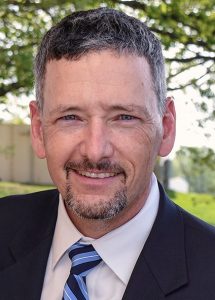 “Thirty-six of our field offices have agents assigned to investigate crime in Indian Country, that’s the term that goes back many decades.” —Retired Agent Mike Harrigan

The following are articles on the FBI responsibilities in investigating crime in Indian country and the crisis of serious crimes of violence against Native American women:

FBI Statement Before the Senate Committee on Indian Affairs – 12/12/2018:  Missing and Murdered – Confronting the Silent Crisis in Indian Country