Retired agent Ron Hosko served in the FBI for 30 years. He served in the Jackson Division in Mississippi and Chicago as a street agent, working undercover and in assignments focused on complex financial crimes and violent crimes, as well as serving on multiple joint task forces and SWAT teams targeting dangerous subjects. In this episode of FBI Retired Case File Review, Ron Hosko reviews the abduction and hostage rescue case, known as the boy in the bunker where Jimmy Lee Dykes boarded a school bus, killed the driver, and took a five-year-old boy hostage. At the time of this incident, Ron was the Assistant Director of the FBI’s Criminal Investigative Division, responsible for oversight of the FBI’s largest program, worldwide. He provides a detailed overview of all the units and programs involved in the coordination of this successful response to this major crisis event.

Before his appointment as AD, he led the FBI’s Crisis Management Unit in Quantico, served as an assistant special agent in charge in Philadelphia where he was awarded the FBI’s Shield of Bravery for his actions during a violent ransom kidnapping. Later in his career, he was promoted to the Senior Executive Service (SES) and served as an inspector conducting multiple serious and fatal shooting investigations involving FBI and associated law enforcement personnel and led a seminal 20-year review of FBI shooting incidents. Ron was promoted to serve as a special agent in charge of the Washington Field Office’s Criminal Division, overseeing all criminal and cyber cases in the FBI’s second-largest field office.

After retiring from the FBI, Ron was hired as the President of the Law Enforcement Legal Defense Fund. Currently, he is the Director of Investigative Services in the General Counsel’s Office for Ernst & Young Global Consulting Services. 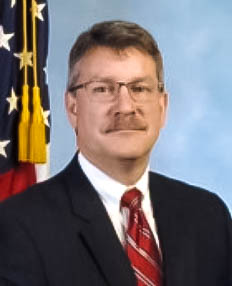 “In the words of the profilers, [Jimmy Lee Dykes] was one of these lifelong loners who saw himself as a victim of injustice, a violent promise keeper.” — Retired Agent Ron Hosko

The following are links to articles and videos about the murder of school bus driver Charles Albert Poland, Jr. and the abduction of 5-year-old Ethan Gilman and the successful dynamic rescue by the FBI Hostage Rescue Team: