Retired agent John Pistole served in the FBI for twenty-six years, climbing through the ranks to become Deputy Director (the second highest position in the Bureau). In this episode of FBI Retired Case File Review, Pistole reviews the time, early in his career, he worked in the New York FBI Office on an Organized Crime Task Force investigating illegal mob ties to the Teamsters Union.

During his career, John Pistole was assigned to the Minneapolis, New York, Indianapolis, and Boston Divisions, and FBI Headquarters in Washington D.C.  After the attacks of September 11, 2001, he was placed in charge of the FBI’s counterterrorism (CT) program, eventually becoming the FBI’s Executive Assistant Director for national security. During his last six years with the Bureau, Pistole worked closely with Director Robert Mueller as his Deputy Director to help transform the FBI into a proactive, national security agency with law enforcement and intelligence community authorities and responsibilities. Pistole was awarded the Presidential Rank of Distinguished Executive, received the Department of Justice Edward H. Levi Award for Outstanding Professionalism and Exemplary Integrity and the National Intelligence Distinguished Service Medal by the Office of Director of National Intelligence (ODNI). 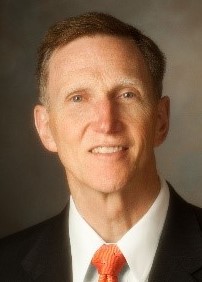 As the Deputy Director of the FBI, for six years, every FBI employee reported to John Pistole who was one of only a handful of direct reports to Director Robert Mueller.

The following are news articles about John Pistole’s career and about the New York mob’s infiltration of the Teamsters Union: