Retired agent Phil Coghlan served in the FBI for 28 years. He was assigned to Columbus Resident Agency (RA) in the Cincinnati Division, the Washington Field Office, the Columbia Division, the Norfolk Division’s Peninsula RA, and FBIHQ. During his career, Phil specialized in violent crimes, serial killer and child abduction investigations, and was a team leader on the Child Abduction Rapid Deployment Team. In this episode of FBI Retired Case File Review, Phil Coghlan reviews his investigation of a sophisticated and complex two—year crime spree involving bank robberies, bombs/IEDs, and murder, and the highly controversial book, Hit Man: A Technical Manual For Independent Contractors that his bank robbery subjects read and used to commit their crimes. Phil also provides historical insight into the famously heated debate between Hustler magazine publisher Larry Flint and Reverend Jerry Falwell regarding the limits of freedom of speech and how lawsuits about the First Amendment and the publication of the Hitman book connected Phil Coghlan to the court case, and the subsequent book and feature film, both named Deliberate Intent.

During the second half of Phil Coghlan’s Bureau career, he worked terrorism investigation as part of the Joint Terrorism Task Force.  After retiring from the FBI, he was fortunate to continue working for the Bureau as an instructor at the Human Intelligence (HUMINT) Operations Training Unit, where he trains current active agents on informant development. He also conducts investigations into allegations of workplace misconduct for private sector clients. 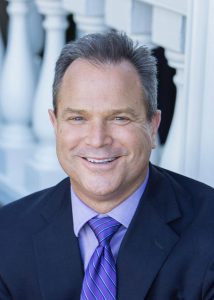 “The victim’s family sued the publishing company for aiding and abetting in a homicide by publishing a book that was a how-to guide on how to kill.”   — Retired Agent Phil Coghlan

The following are links to articles and court filings regarding the bank robbery case, the debates between Larry Flint and Jerry Falwell, and the book,  Hit Man: A Technical Manual For Independent Contractors, and the lawsuits filed by attorney Rod Smolla to increase and limit the First Amendment. The success of the civil case marked the ﬁrst time in American publishing history that a publisher had been held liable for a crime committed by a reader: