Former agent Scott Larson served in the FBI for 13 years. While assigned to the Chicago Division, he was one of the original 13 FBI Laboratory-certified Computer Analysis and Response Team (CART) field examiners. In this episode of FBI Retired Case File Review, Scott reviews the Solar Sunrise case where, as the lead investigator, he tracked cyber intrusions into more than 200 Department of Defense (DoD) computer systems. The highly sensitive international Solar Sunrise investigation revealed the identities of the culprits responsible for the hacking and data breach of military sites initially thought to be the work of hostile foreign entities.

During his Bureau career, Scott Larson participated in dozens of computer forensic searches and exams.  As acting chief of the Computer Investigations Unit at FBI headquarters, he served as program manager for FBI’s Computer Investigations and Infrastructure Threat Assessment Program and oversaw computer crime squads and investigations nationwide. As a supervisory special agent in the FBI’s Washington Field Office, he supervised criminal, counterintelligence, and counterterrorism cyber-espionage matters. Scott Larson also taught “Introduction to Computer Crime” and “Network Investigations” training at the FBI Academy. After his resignation, he began working in the private industry and currently operates Larson Security, a firm dedicated to minimizing risks and protecting client assets through cybersecurity, digital forensics, and incident response. To learn more about Scott Larson and his work visit the company’s website larsonsecurity.com 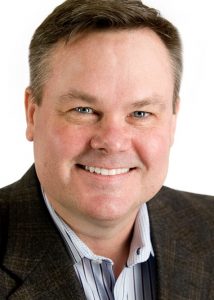 “Because they were patching, it made it harder to isolate what systems were hacked. That also lead to the possibility that a more sophisticated hacker, intelligence or terrorist-related, was targeting our military systems.”   —— Former Agent Scott Larson

The following are links to newspaper articles and an FBI video regarding the Solar Sunrise investigation: