Retired agent Weysan Dun served in the FBI for 30 years. During his time in the field, he worked counter-intelligence, high-technology theft, domestic terrorism, and violent crime matters. In this episode of FBI Retired Case File Review, Weysan reviews a case targeting an extremist group espousing Posse Comitatus rhetoric and white supremacist views. Initially under investigation for weapons and interstate theft violations, the cult leader, Michael Ryan, his fifteen-year-old son Dennis, and others were charged and convicted of the violent and horrific deaths of two group members.

After the successful conclusion of the case, Weysan Dun steadily moved up the ranks of the FBI, serving in a variety of mid-level leadership and management positions. He received numerous awards, including the Presidential Meritorious Executive Rank Award conferred by the President of the United States in recognition of sustained leadership and accomplishment. At the time of his retirement, he was the longest-serving, incumbent Special Agent in Charge (SAC), consecutively serving as the head of the Springfield, Illinois Division; the Newark, New Jersey Division; and the Omaha Division for a total of nine years.

Appointed by the Governor of Nebraska, Weysan Dun currently serves as a commissioner of the Nebraska Crime Commission. He also sits on several boards, including the Omaha Police Foundation. He is active as a community volunteer leader for the American Red Cross. 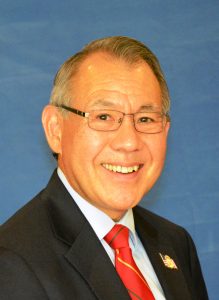 “Based on what Rick and the other people who had confessed had told us, we had a pretty rough idea where the bodies were supposedly buried.”   —— Retired agent Weysan Dun

The following are links to articles about the investigation, arrest, and conviction of Nebraska Posse Comitatus leader Michael Ryan, his fifteen-year-old son Dennis, and others convicted of first degree murder: