Retired agent Scott Augenbaum served in the FBI for nearly 30 years, six as a support employee and 24 as a special agent. His first agent assignment was the Syracuse Division where he became the “cyber guy” working, almost exclusively, computer crime cases. In this episode of FBI Retired Case File Review, Scott Augenbaum reviews several cybercrime cases, and provides several cyber security tips that he learned during his FBI career that will, hopefully, protect you from cybercriminals stealing your stuff.

During his FBI career, Scott Augenbaum was promoted to the Cyber Division, Cyber Crime Fraud Unit, at FBI headquarters and was responsible for managing the FBI’s Cyber Task Force Program, and Intellectual Property Rights Program. He was later transferred to the Memphis Division, where he helped launch the FBI’s first local Computer Intrusion and Counterintelligence squad. During the last ten years of Scott Augenbaum’s FBI career, he provided more than one thousand cybercrime threat briefings to corporations and other public groups to educate the community on emerging computer intrusion threats and how to avoid becoming the victim of a data breach.

After retiring from the Bureau, Scott launched Hero Publishing, a company devoted to educating the public about the dangers of cybercrimes and published The Secret to Cybersecurity: A Simple Plan to Protect Your Family and Business from Cybercrime. You can learn more about Scott Augenbaum by visiting his website scottaugenbaum,com. 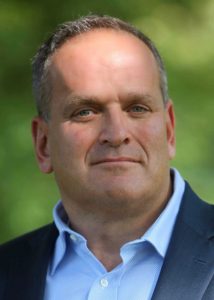 The following are articles from FBI.gov about cyber crime and tips and suggestions from Scott Augenbaum regarding the secrets of cyber security that protect your accounts and prevent hackers and scammers from accessing your personal information:

Frozen PII – A free consumer resource designed to help people protect their stolen identities from criminal use for new loans and credit cards.