Retired agent John Kundts served in the FBI for twenty years. His first assignment was to the Philadelphia Division where he initially worked Fraud Against the Government matters. In this episode of FBI Retired Case File Review, John Kundts reviews the 1981 counterfeit SEPTA TransPasses case where two men using specialty paper, printed and sold fake monthly fare instruments. Before the investigation, the transit agency’s losses from the scheme totaled $1 million a month.

After a promotion to FBI Headquarters, John worked first in the Inspection Division, Office of Planning, Evaluations, and Audits and then in the Personnel office where he adjudicated employees determined by the Inspection Division to have been involved in serious administrative or illegal disputes. The unit was affectionately known as the “You Fail, We Nail” group. He also worked in the Office of Public and Congressional Affairs.

Later in his career,  he was transferred to the Denver Division where he was the supervisor of the Special Operations Group (SOG), which conducted surveillance operations throughout the Denver Division territory which encompassed all of Colorado and Wyoming supporting case agents by providing ground, air, and electronic surveillance. Upon retiring, John Kundts, took up another challenging role, being a stay-at-home-dad caring for his two young daughters. 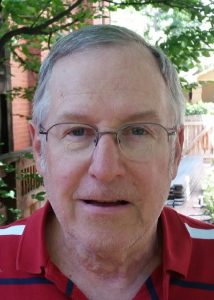 “We found a treasure trove of evidence… They had already made the printing plate for the SEPTA passes for the next month.”

The following are links to newspaper articles about the 1980 – 1981 counterfeit SEPTA TransPasses case and a more recent investigation and conviction: