Retired agent Eric Alpert served in the FBI for 25 years. In this episode of FBI Retired Case File Review, Alpert reviews the high-profile investigation of multi-millionaire Thomas Capano for the disappearance and murder of Anne Marie Fahey.  Anne Marie Fahey had been the scheduling secretary for the governor of Delaware and Capano was a powerful attorney with many high-level contacts and connections in Wilmington.

During his Bureau career, Eric Alpert was involved in investigations and received specialized training in kidnapping, child abductions, criminal profiling, crisis management, violent crime, and homicide investigation. Later in his career, Alpert was promoted to supervisory positions in the Violent Crime Section, Criminal Investigative Division, at FBI Headquarters and the Behavioral Analysis Unit in Quantico. He retired as the Senior Supervisory Resident Agent in the Tampa Division’s  Orlando Resident Agency. 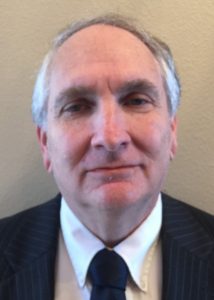 The following are links to newspaper articles about the investigation of multi-millionaire Thomas Capano for the murder of Anne Marie Fahey: