Retired agent Bob Bazin served in the FBI for 28 years. He spent most of his career working property crimes cases and developed a specialized interest in art crime. In this episode of FBI Retired Case File Review, Bob talks about studying the “masters” at the Barnes Foundation and investigating and recovering stolen art from all over the world while assigned to the Philadelphia Division. He reviews a case he worked with the Philadelphia Police Department of the armed robbery by gunpoint from the Rodin museum of the priceless sculpture—Mask of the Man with the Broken Nose. 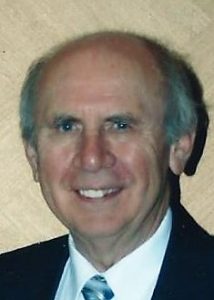 During most of his Bureau career, Bob, along with a few agents in the New York Division worked art crime cases. He retired many years before the FBI created its rapid deployment Art Crime Team in 2004. The following is an article about Bob’s Rodin armed robbery case, a profile on recent Art Crime Team members and a link to the FBI website overview of the Art Crime Program.

Anything Can Break Bad: An FBI Special Agent Has Learned the Difference Between the Art World and the Mafia