Retired agent Cary Thornton served in the FBI for 21 years. He spent his career working undercover on Bureau cases throughout the country and as a technically trained agent. In this episode of FBI Retired Case File Review, Cary is interviewed about an undercover sting and insurance fraud investigation he worked in Detroit for nearly three years where he and two other undercover FBI agents played the roles of owners and operators of an auto wrecking company willing to dispose of cars for cash so their owners could file fraudulent insurance claims. The case was given the Bureau code name Operation Steamclean, which incorporated the term, steaming, slang used to describe dumping a vehicle for the insurance payoff. The case resulted in more than 50 indictments charging individuals with fraudulent claims exceeding $100 million. To learn more about Cary’s FBI career check out his memoir – An Oath of Office. 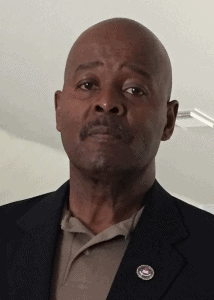 Cary worked on the Operation Steamclean undercover sting for three years. As information about the fictitious company S & C Auto Brokers spread throughout the Detroit area, potential customers would reach out to the undercover agents day and night to arrange for their cars to be “stolen.” Below are newspaper articles about the case: